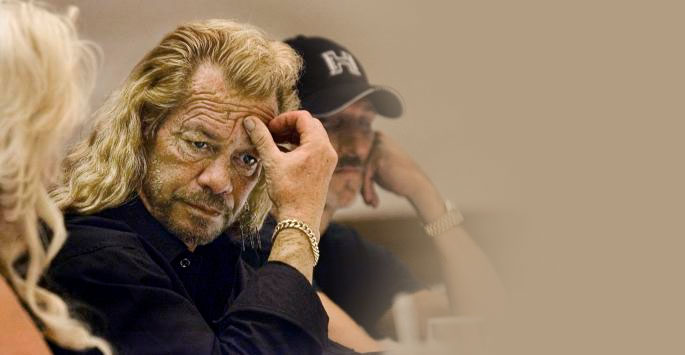 Getting literally dozens of emails and calls every day since Duane Chapman, or Dog Chapman, had been rearrested in Hawaii wanting to know exactly what’s going on. Many viewers of Dog the Bounty Hunter are seriously outraged, overjoyed, or utterly confused so I thought I would shed a little light on the situation.

It’s truly sorry that he and his family have to endure this difficult situation and I sincerely hope that they stay strong and that their faith in God gets them through this trial. Chapman has made the most of his life since his stint in a Texas prison on murder charges and has inspired thousands upon thousands of people and children to be the very best they can be. He has enjoyed success and suffered tragedy but has not lost focus.

Why exactly has Chapman been arrested this time? 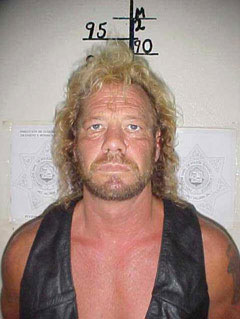 The simple answer is that he arrested a fugitive named Andrew Luster who was hiding out in Mexico in June of 2003. He was not discreet about the apprehension having drug a film crew along with him and during the ensuing commotion (Chapman and his crew tend to create a great deal of noise, clamor and chaos wherever they tend to find a fugitive rather than being calm, well-collected and precise in their actions) and refusal to release the Max Factor heir into Mexican custody, he was arrested by Mexican law enforcement on a number of charges, chiefly illegal detention and conspiracy (their version of kidnapping charges).

The Mexican courts freed Duane Chapman and his two cohorts, Leland Chapman (son) and Timothy Chapman (not related), on bail pending his trial date which was set for July of 2003. Bail is a contract between the court and indemnitor for a sum of money you pay to the courts to ensure your appearance at your trial.

Duane Chapman did not appear in Mexico for his court date and the Mexican Government has subsequently requested his arrest and extradition back to Mexico to face charges for what they consider a very serious crime; the kidnapping charge alone carries a jail term of not less than 10 years and up to 40 years in prison.

The U.S. routinely makes these same requests so there is nothing out of the ordinary here. It is not a result of some conspiracy hatched by the US or Mexican Governments. Neither government is jealous that he is making millions of dollars, or that he has put a couple dozen bail fugitives in jail. It’s not that hard to do in Hawaii… they don’t have far to run. This is simply the machinations of justice: Duane Chapman may have committed some very serious crimes in Mexico; they say he is a bail jumper and they want him back in order to stand trial. They made the request of our government who then complied by having the U.S. Marshals Service send a dozen agents to round him up at 6 a.m. like every other Federal fugitive. This is standard operating procedure (SOP) and he wasn’t afforded any favoritism nor was he vilified as a result of his media status. Let’s not forget Duane Chapman is a felon with a history of having committed violent crimes.

He has been released on bail again, this time awaiting his extradition hearing where a U.S. Federal judge will determine if there is probable cause to send him and Leland and Tim back to Mexico.

Duane Chapman had no authority to affect the arrest of anyone, regardless of their citizenship or fugitive status, in Mexico. Mexico has made it very clear in the past that bounty hunting is illegal in their country and has imprisoned several other errant bounty hunters for the exact same thing. Ignorance of the law is no excuse, Kidnapping has historically been a rampant problem in Mexico and they take this stuff very seriously now.

Luster was not surety-secured and, and was not acting under the typical authority by which bail enforcement agents operate. We are essentially an extension of the bondsman and his arrest authority, established by the Supreme Court in Taylor v. Taintor in 1872, over the defendants they bail out of jail.

It’s ironic and sad that Duane Chapman “skipped” his court date in 2003. Today a lot of excuses coming from the Chapman Camp for why he essentially “jumped bail” thereby becoming an international fugitive. Exactly the same as the excuses you hear everyday from the bail-secured defendants being drug back into court. Exactly the same.